Isabelle worked with the Quorum team for a two-week voluntary period researching the application of supportability engineering into the renewables sector.

Isabelle contacted me post some study activity with a colleague requesting that she be able to support my team with either a job-share activity or a small research project. As part of various discussions with her we scoped out the latter, looking specifically at the availability of components and systems in off-shore wind farms

Isabelle approached the project with a vast amount of passion and dedication mixed with an element of nervous anticipation given her limited knowledge and understanding of supportability engineering. During the two-week support period Isabelle committed an unquestionable amount of time an effort to the research, the justification for which was demonstrated by her presenting an outstanding report at its conclusion. Isabelle identified some key reliability trends within a number of wind farms that certainly warrant further research and investigation by the team. Additionally, she developed a number of contacts that will be extremely useful with the ongoing research activity.

Isabelle is very focused on success and as such she has an absolute desire to learn and better herself. Coupled with this she is personable and easy to get on with, both at work and generally. I think Isabelle has a fantastic work ethic and an extremely positive outlook on life. She was a pleasure to work with and I have absolute confidence she will be successful at whatever she does. Thank you Isabelle – your support was so appreciated.

It is pleasing to note that Isabelle benefitted from her time with Quorum – see the screen shot of her Linked In post below: 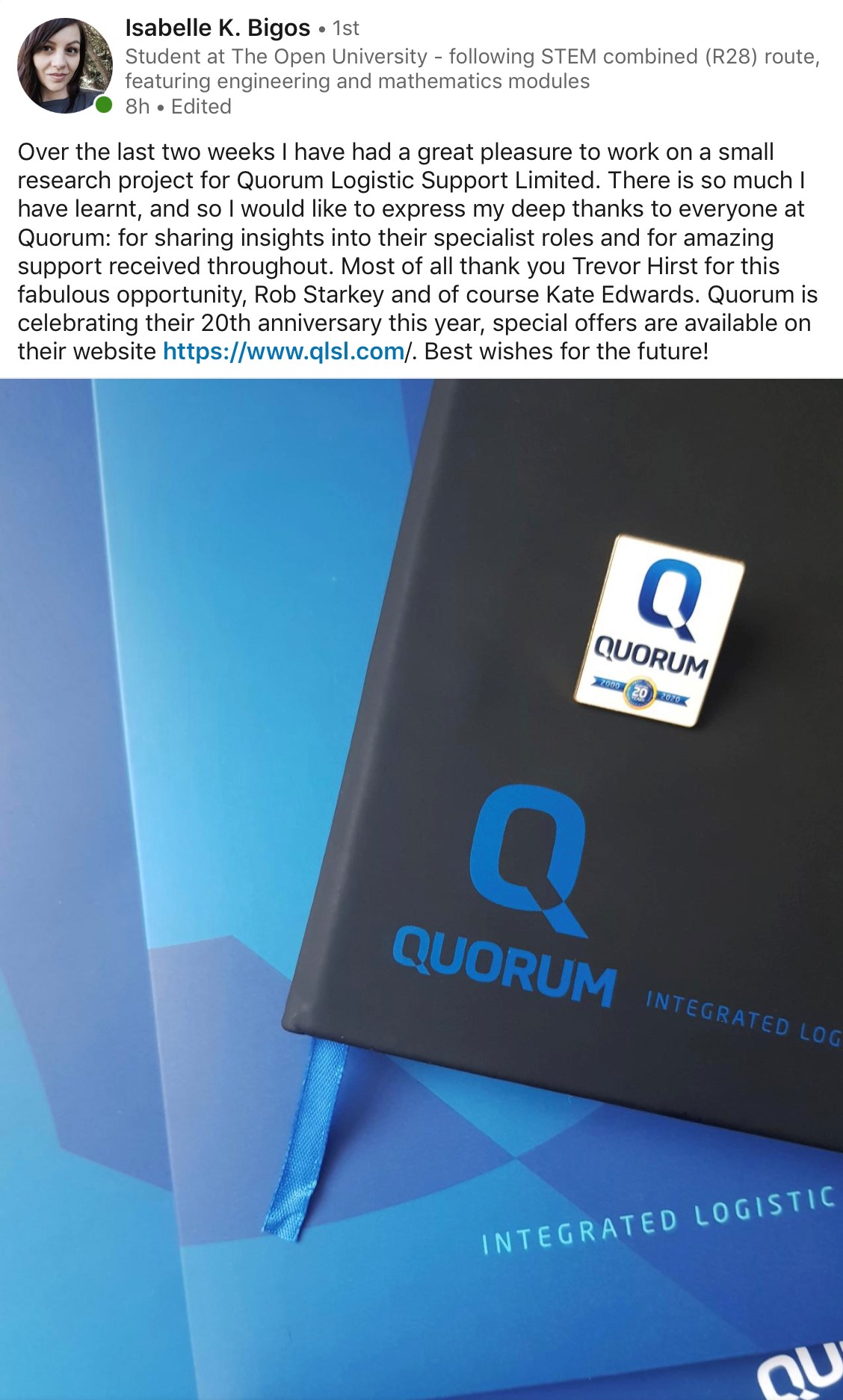